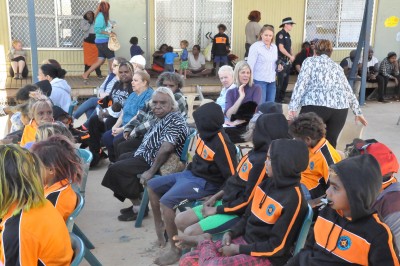 A ceremony was held in July 2015 to celebrate the handing over of Docker River Primary School to Nyangatjatjara College. Northern Territory Education Minister Peter Chandler led a group of dignitaries that visited Docker River for the auspicious event.

Docker River Primary was a government school until mid-2015. After a long period of negotiation and consultation, Nyangatjatjara College took over running the school on behalf of the community. Minister Chandler said it was the best outcome for the students and their families. He was impressed with the physical transformation of the facility in a short space of time, and senior Education Department officers expressed their pleasure at the excellent attendance rates achieved once the College assumed control.

As part of the ceremony Minister Chandler handed the keys to the school to Lillian Inkamala, Chair of the Nyangatjatjara Aboriginal Corporation. A crowd of around 250-300 people had assembled for the ceremony, and Ms Inkamala spoke to them in language about the importance of the handover, and the obligation that families have to support the school and ensure children attend.

The official proceedings were followed by a staff-versus-student football match resoundingly won by the students, and a community barbecue. 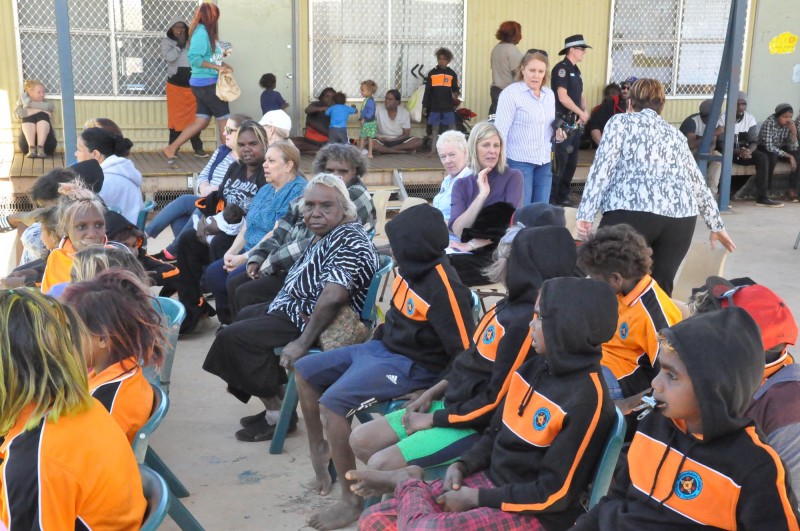 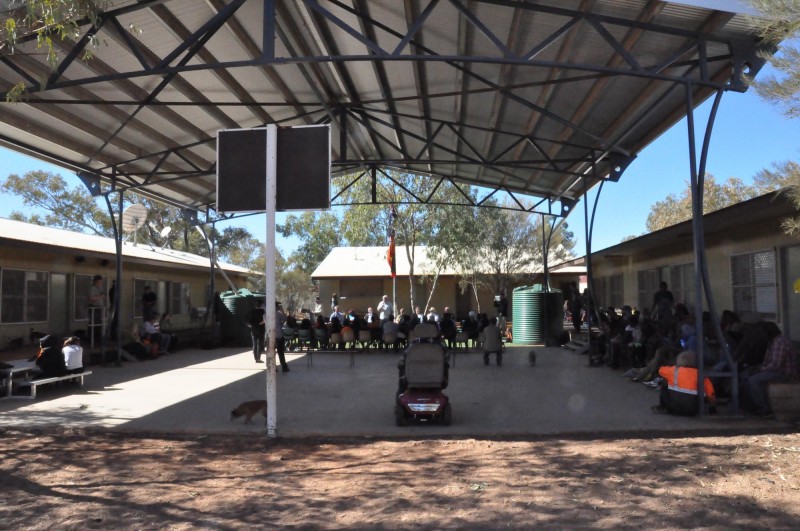 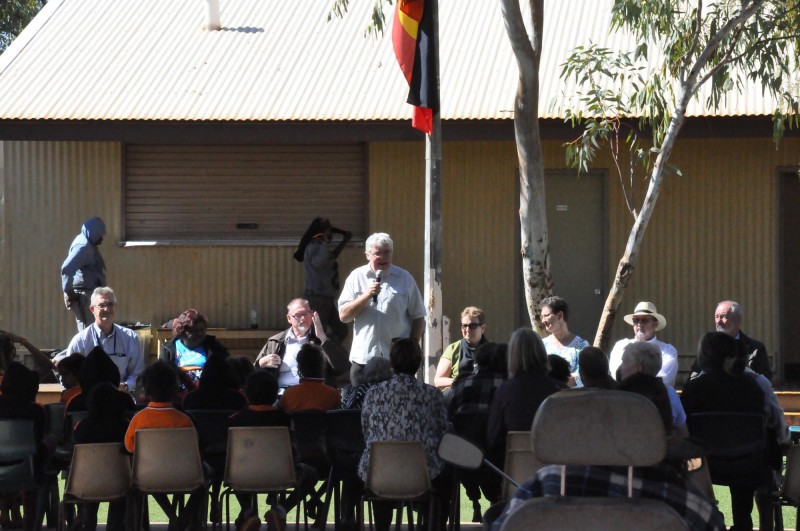 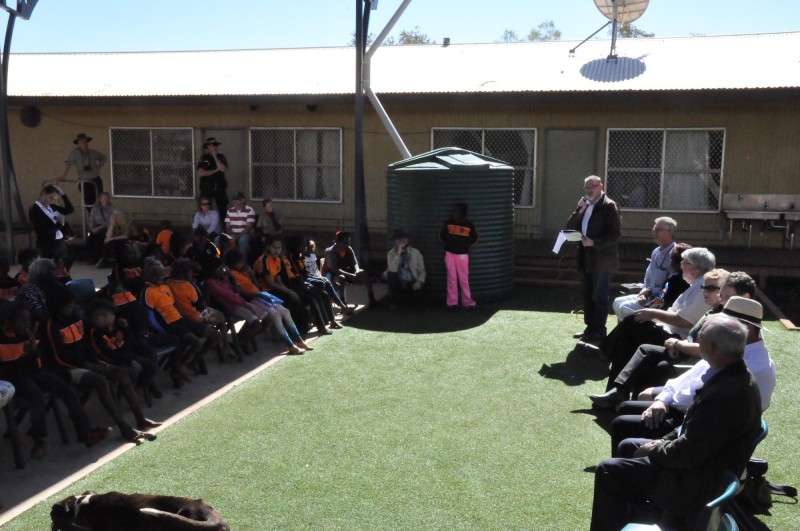 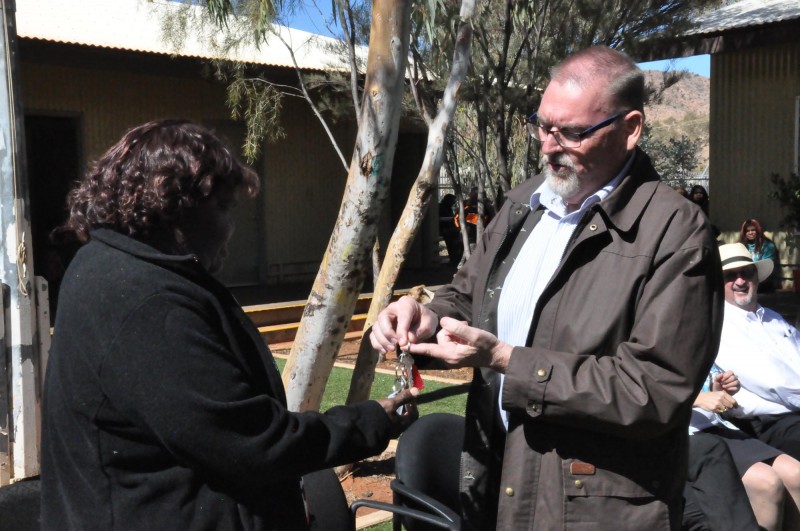 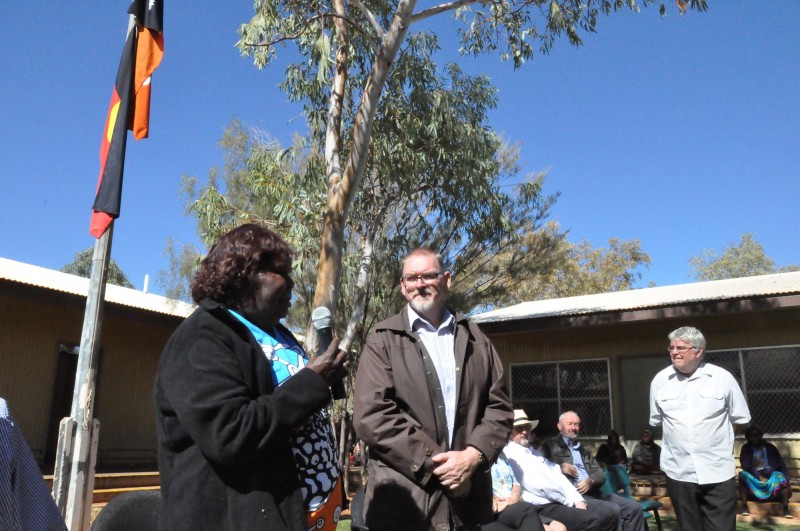 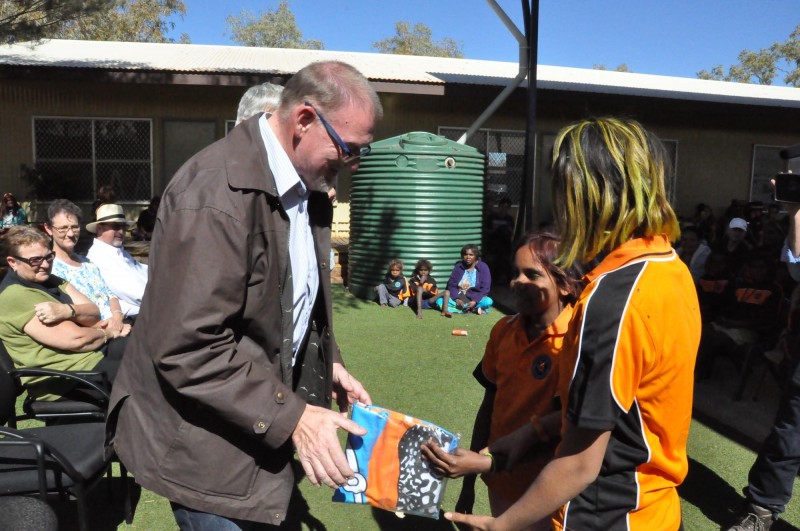